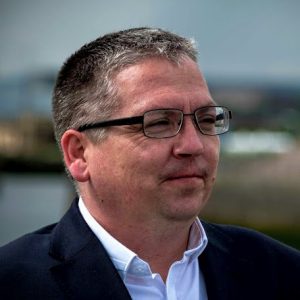 As the Scottish Government take their turn to do the okey cokey and shuffle the cabinet, I suggest some ideas the Cabinet Secretaries and Ministers may wish to consider that could help reduce poverty and the worse effects of it in Scotland.

Here, however, is an interesting suggestion by Jon Kiddie, the Principal Solicitor of Renfrewshire Law Centre to end evictions during the coldest months of the year. Similar rules already exist in many EU countries. Why not have similar protections in Scotland, one of the coldest and wettest countries in Western Europe?

Or what if we follow the example of Norway and use our legislative authority over debt laws to right down mortgages when people are facing repossession and have negative equity?

Often people get into arrears as they can no longer maintain their mortgage payments. This result in their homes being repossessed and sold at a loss as they have negative equity. If we acknowledge the lenders are going to suffer a loss anyway, why not allow for the debt to be reduced and allow the borrower to repay the loan at the reduced rate?

We will have a new Bankruptcy bill  introduced in this parliament. As I have already blogged we should be bold and recognise the role such laws can have in not only assisting economic recovery, but freeing people from the vicious cycle that is caused by debt, whilst providing a social safety net for the poorest.  We could draw on the laws of Canada and the United States and increase protection for homes in bankruptcy by protecting certain levels of equity. This would allow more to access the remedy where debts are no longer manageable, without placing homes at risk.

We could also introduce a new Debt Payment Programme for pay day loans as has been suggested by Mike Dailly, Principal Solicitor of Govan Law Centre which he has blogged about here and I have also covered.

We all know before the last election The Scottish Government had its efforts to reform local taxation (the council tax) blocked by Labour.

Council tax is recognised as an unprogressive form of taxation and even those on income support have to pay water and sewage charges.

Under the last Labour Government there was no guarantee also that if Scotland did replace local taxation with a Local Service Tax that the funds currently given in Council Tax Benefit would continue. The Coalition has now, however, devolved this benefit to the regions, including Scotland.

However after they made cuts, Scotland is now funding a benefit shortfall of £40 million per year on top of the current Council Tax freeze.

Why not reintroduce a bill to reform this tax and make local taxation fairer?

More often than not, poverty is  the result of low income, illness and unemployment as well as an array of other issues. However, greater financial education can only help Scots.

Financial education should be taught in all primary and secondary schools. We must equip our children with the skills they need in a world where many by the age of 20  will already be sinking  into a sea of debt.